Okay, when I read that title again I realized it made it sound like I was “over” rice, as in “I’m OVER it” lol. But alas, no, I am not swearing over that starchy goodness forever! Instead, I ate two meals this week that were over rice, as in served over rice, so I could make one giant batch and then just have it ready in the fridge as I made different “toppings” each night.

Both these meals also normally feature meat, but I decided to go vegetarian this week so here are two different veggie spins some classic chicken dishes:

Chickpea Curry with Spinach and Tomatoes

I followed this recipe, which you may remember as an easy weeknight meal, but just subbed the chicken for chickpeas (drained). I still cooked the chickpeas first, in oil on high heat, because I wanted them to get a little crunch. I seasoned them with salt, pepper, and garam masala since I had it in the spice cabinet. Once they were the texture I wanted, I added the diced onion and curry powder, and then followed the rest of the directions normally (#2). It came out just as good, though I added a little butter too to supplement the chicken drippings! 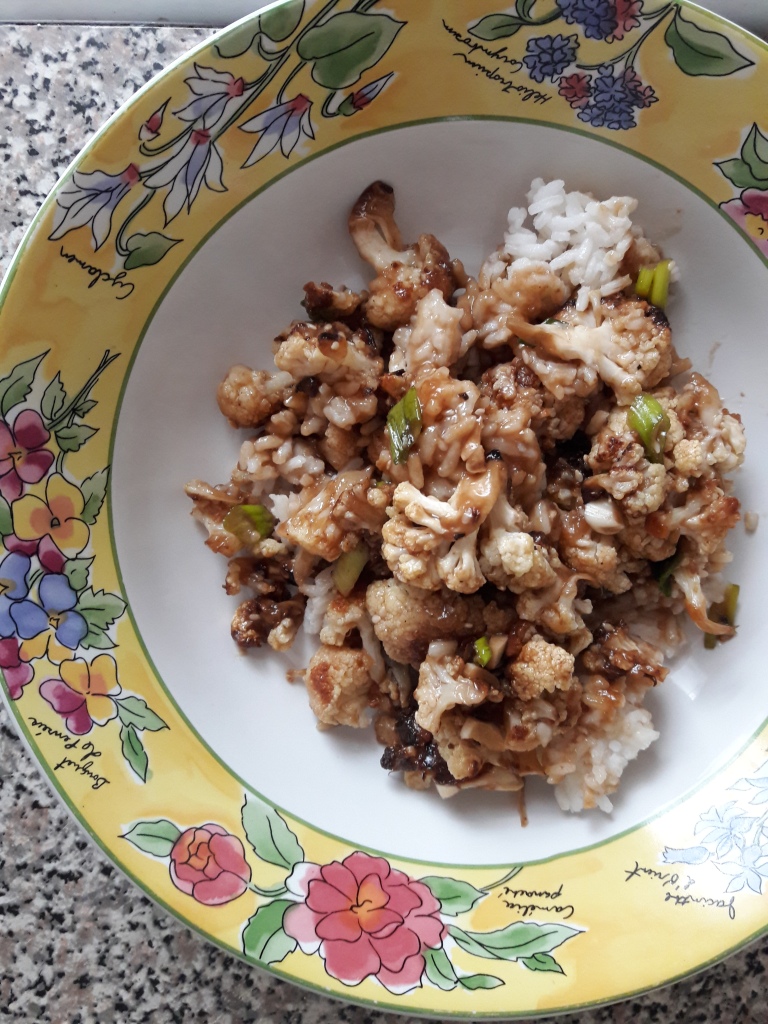 Okay, just for full disclosure, this is not like your orange-colored, sweet, sticky sesame chicken from the Chinese takeout place. Which is what I was expecting…but it’s still really good! Just know what you’re going into. I used this recipe I had seen on Pinterest before, but there are definitely a lot floating around out there. I have no idea how they made it look so similar to the chicken in their photos! Still very tasty, but more of a brown soy-based sauce with a little sweetness.

Rice is a great base for meals, and if you make it earlier in the week, it will cut down on your cook time each night too! Love any way to do that 🙂